Can Canola Contribute To Health Or Is It A Poison? 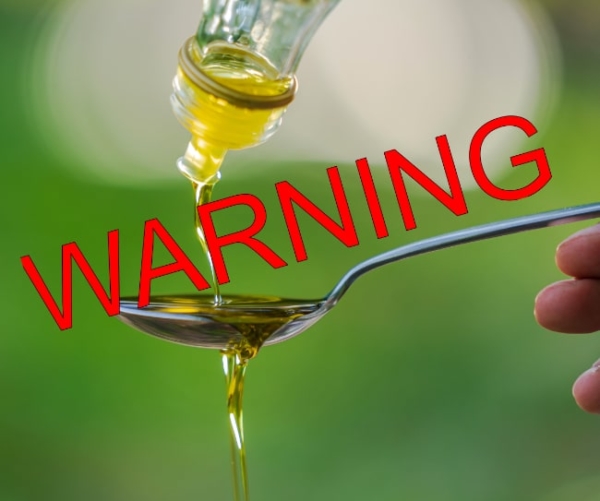 “Mmm. This stir fry is going to taste delicious sautéed in rapeseed.”

And you certainly won’t ever catch me, Chef V, saying that. And not just because “rapeseed” (that’s no typo; don’t confuse it with grapeseed) sounds sooo unappetizing … it’s also because this oil, which along with soybean, is the most commonly used cooking oil in restaurants, I think is bad for your health. 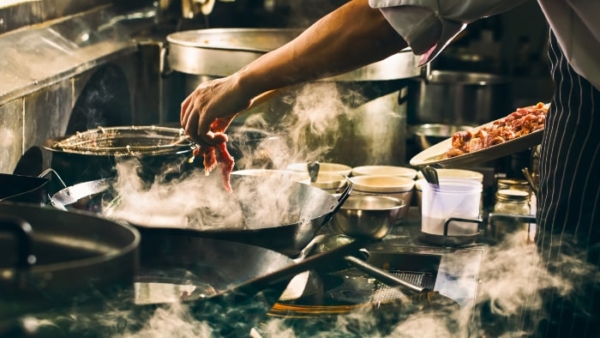 Brand managers get paid big money for coming up with clever advertising jingles, slogans and names. But you don’t have to be Don Draper or conduct focus groups to determine that “rapeseed oil” doesn’t quite whet the appetite.

So, about five decades ago, some “Mad Men” in Canada, where the rapeseed grows abundant, rebranded this vegetable oil, CANOLA (“CAN” for Canada and “OLA” which is Latin for oil.)

In the past decade or so, the Mediterranean Diet has become the most recommended for overall health. I’m in agreement with this. That’s because the MED DIET calls for lots of fresh veggies, and some fruits, nuts, whole grains, fish and healthy fats, including olive oil. Olive oil contains monounsaturated fat. Studies show that the more olive oil consumed, the lower risk one has of developing cardiovascular disease.

Canola oil is also high in monounsaturated fat. And largely for this reason, many mainstream health experts believe that canola, née rapeseed, is healthy. Due to the fact that it’s far less expensive than olive oil, canola oil has become one of the most ubiquitous cooking oils in the U.S. In fact, only soybean oil is used more commonly in U.S. restaurants.

More processed than extra virgin olive oil, canola oil is used, just like most other vegetable oils in industrial applications. It’s kind of creepy to think that the same oil you’re using to coat your frying pan is used to lube up assembly line machinery. 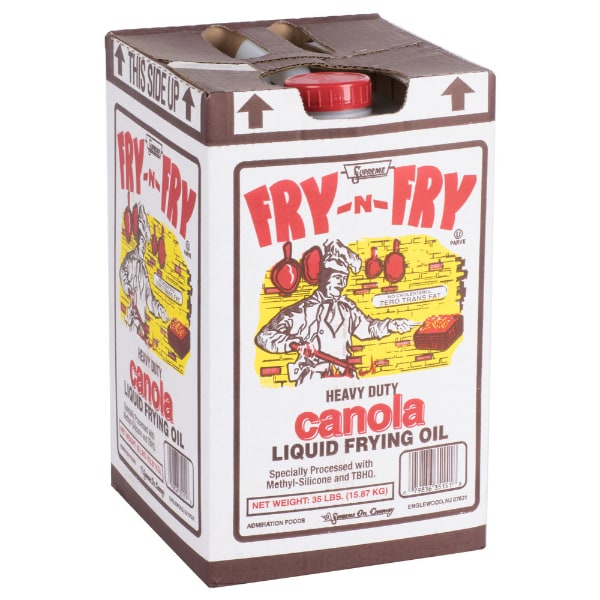 Most restaurants purchase canola oil in bulk, going for the lowest price they can find. So it’s most likely that your average restaurant won’t be purchasing expeller-pressed non-GMO (80% of commercial canola is genetically modified) organic canola oil.

During the processing of canola (and pretty much all cheap, yellow-colored vegetable and seed oils), hexane is used to extract the oil. Hexane is a harsh chemical solvent. I’ve read that the amount of hexane in the final bottling is no reason for concern. But I’m going to take what the Canola Oil Council says with a grain of salt, thank you.

Instead, in this case, I’m going to proceed with extreme caution because of what this report by Harvard Health says: “Heat is often applied [to canola oil] which can affect the stability of the oil’s molecules, turn it rancid, destroy the omega-3s in it, and can even create trans fats.”

Let’s focus on the last part of this statement. The processing of canola oil creates trans fats. Trans fats are the absolute worst nutrient in all of nutrition. They raise levels of “bad” cholesterol and lower the “good” kind. If you consume lots of packaged, processed foods, you may be getting too many trans fats in your diet, which contribute to heart disease, the very thing that some health experts say canola oil is good for preventing. (Shame on you, whoever wrote this article for Berkeley Wellness, and neglected to mention this fact about most canola oil containing trans fats.)

Wouldn’t you like to know exactly if the foods you eat contain trans fats, even if it’s just a smidge? Well, our fine friends at the Food & Drug Administration (FDA) have this weird rule that says if a food contains less than 0.5 grams of trans fats, it must be labeled 0 grams. (See rule #5 here.) Seriously? What kind of B.S. is that? If a food has 0.4 grams of trans fats I want to know about it. Like a bottle of spoiled canola oil, this rule reeks of corruption to me. 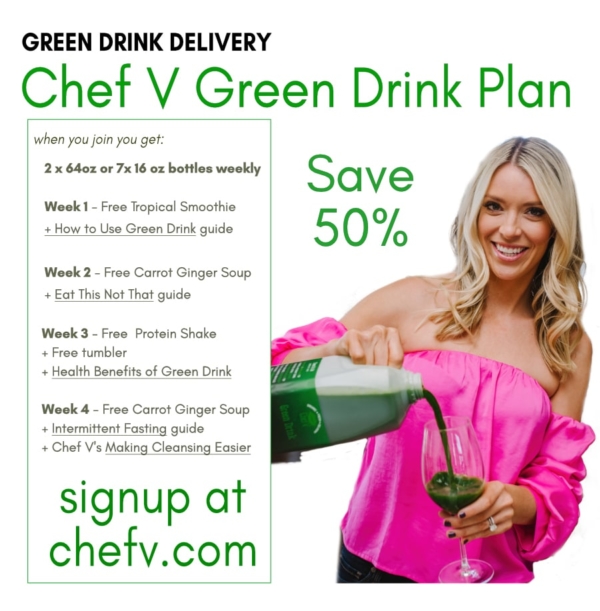 Like all vegetable oils and seed oils (olive oil is technically a fruit, so it’s not a typical vegetable oil), canola oil spoils easily. The reason why is explained above. Heat changes the molecular structure of the oil, if there’s not much saturated fat present. Heat isn’t the only thing that can make oil spoil. So, too, can light. More expensive oils come in opaque, dark bottles so that the light of the supermarket can’t penetrate the bottle and start spoiling the oil. But cheap oils like canola always come in clear, plastic containers. You ever see Crisco in a dark, glass bottle? Didn’t think so.

As with anything else in life, you get what you pay for. But with cheap vegetable and seed oils, you can literally pay with your life. The high consumption of these oils are a big culprit for inflammatory diseases.

I’m not a big believer in consuming lots of animal protein. But when it comes to consuming saturated fat, the best time to do so is with cooking oil. Saturated fat stays stable when heated. 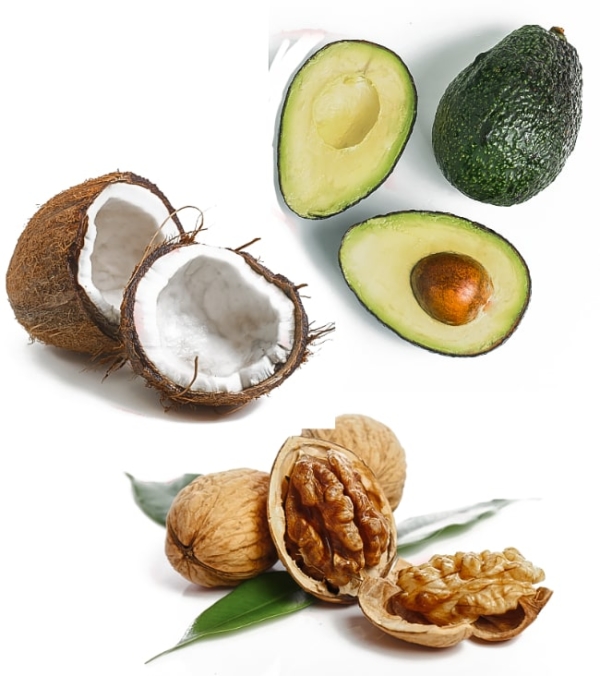 Best Oils To Cook With

Personally, at home, I use avocado oil when I cook veggies in a pan. Walnut oil is also a heart-healthy and stable oil. And if I’m cooking something at low heat, I’ll use olive oil from time to time. Even butter is better to coat the frying pan than canola and cheap veggie oils.

Some people believe cooking with coconut oil is healthy. But you have to be careful with it if you have high cholesterol. Coconut oil is almost all saturated fat. You don’t need that much saturated fat for an oil to remain stable when exposed to heat.

As for what you can do when eating at a restaurant, ask the server what kind of oil the restaurant uses. If canola oil is used, you can request that the chef use butter instead. Or better yet, eat at home.