Why I’m Out Of My Gourd About Pumpkins 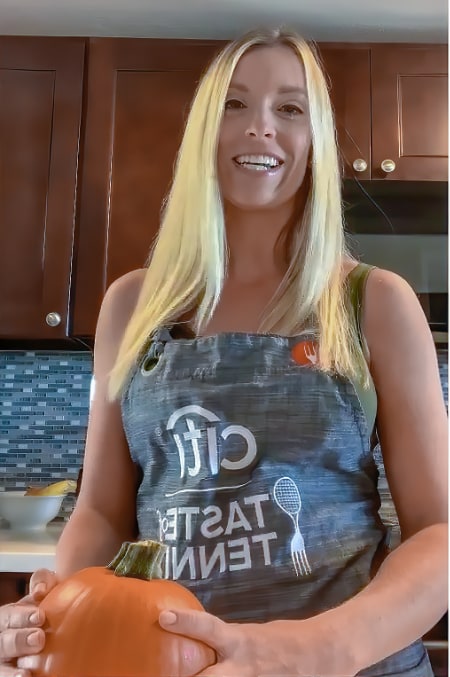 Are you a spice girl?

No, not this kind: 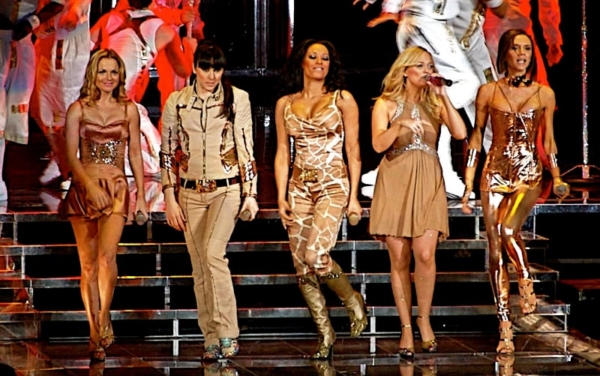 I’m talking about this kind: 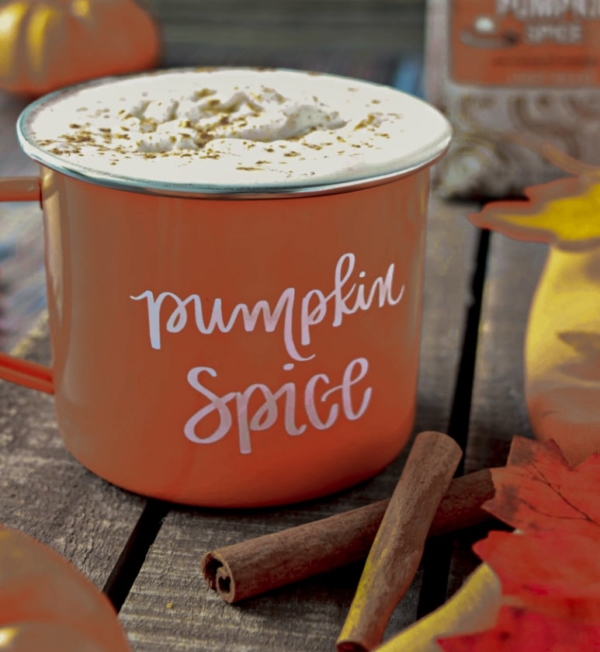 Can we all agree that the whole pumpkin spice and PSL (latte) thing has gotten out of hand? It’s gotten to the point that PSLs are released with a whole month left of summer to go. In fact, Dunkin Donuts beat Starbucks to the pumpkin punch this year, releasing its own PSL on August 19.

When it’s still 100 degrees outside and I’m trying to cool off in the pool the last thing I want to think about is a steaming hot PSL. And as a certified nutritional therapist, I suggest you just say no to PSLs.

According to Starbucks.com, a grande (16 oz) contains 50 grams of sugar! Fifty! 5-0! There are four grams of sugar in a teaspoon, which means a grande PSL has 12.5 teaspoons of sugar. The American Heart Association suggests women should have no more than 6 teaspoons a day. You don’t have to be a brilliant mathematician to figure out that PSLs are no superfood.

(Want a healthier drink to get your day started? My Organic Green Drink contains only 6 grams of sugar per 16 oz and 7 leafy green veggies.) 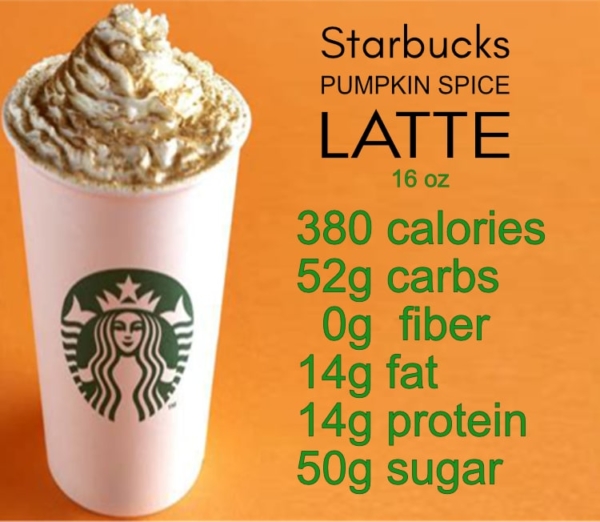 Remove the Sugar, Pumpkins Are Healthy

But pumpkins are a superfood in their natural state. One study on these “gourdgeous” (sorry for the pun; pumpkins are gourds) fruits that are often mistaken for vegetables, says that pumpkins contain “Substantial medicinal properties due to the presence of unique natural edible substances.”

Pumpkins possess a plethora of the following phytonutrients:

Nutrition researchers love pumpkins not because of how well it tastes in a caffeinated drink, but rather for its “medicinal properties including anti-diabetic, antioxidant, anti-carcinogenic, anti-inflammatory and others [that] have been well documented.”

Edible pumpkins contain a high amount of the antioxidants called carotenoids. Carotenoids are the colorful pigment that give carrots their orange hue, and their name (“carot”enoids). All types of pumpkins have the following three anti-aging all-star carotenoids: zeaxanthin, lutein, and beta-carotene, which is a precursor to vitamin A.

All three are great for the eyes. So when you eat pumpkin seeds or organic canned pumpkin, you’re protecting your peepers from age-related macular degeneration. These antioxidants are actually found in human eyeballs! So pumpkins are sort of like a multivitamin for your eyes.

Pumpkin seeds ripen in August through September. So this is the time of year you should be eating whole pumpkin (take it easy on pumpkin pie) along with its fall cousin, squashes. 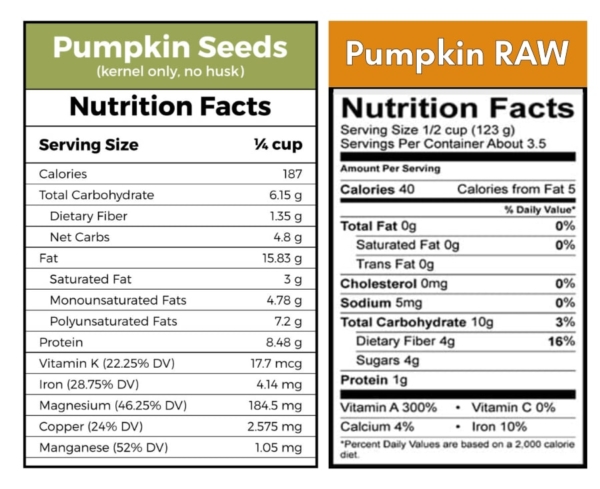 Studies like this one show that pumpkin seed oil can help lower cholesterol levels and blood pressure. Pumpkin oil is also beneficial for the skin, and it helps the body’s detoxification processes. 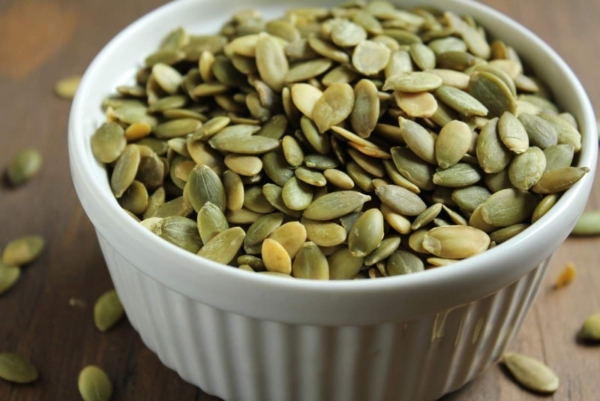 So we’ve ruled out PSLs and, sorry to be a buzzkill—pumpkin pie. If you’re able to exert some willpower, limit yourself to three big bites of pumpkin pie and eat each bite very, very slowly. But if eating one bit is the equivalent of turning one cigarette into a pack-a-day habit, then do your best to just say no.

What, then, is the best pumpkin food to eat? Although as I’m writing this in mid-October, it’s still bikini weather in much of the West, any week now, the nights will be chilly. I look forward to breaking out the quilts and making hearty, warm, nutrient-dense pumpkin soup. I love adding some green onions and gluten-free croutons. 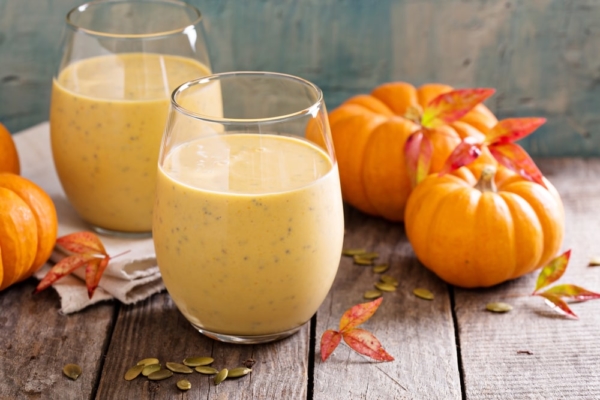 Make Your Own PSL

If you’re addicted to PSLs, seriously, you should stop. Did I not mention 50 grams of sugar. And to think that there are people who drink two of them a day. But a much healthier way to get your PSL fix is to make it at home yourself. Using a blender, buy some pumpkin spice and other spices. Pumpkin spice is itself healthy: pumpkin, clove, cinnamon, ginger, nutmeg. I’m not a coffee drinker, but if I were, I’d also experiment with cardamom and turmeric, both of which are potent anti-inflammatory ingredients.

In a blender, place the coffee, spices and my recipe for creamy almond milk. Now simply replace the 50 grams of sugar with stevia, monk fruit extract, or yacon syrup, all three of which are natural and contain less than one gram of sugar per serving.

A Pumpkin Spice Latte that tastes amazing, is basically sugar-free and helps cut down on inflammation? Now that’s worth getting excited about—anytime of year.