FALL in love with Pumpkins 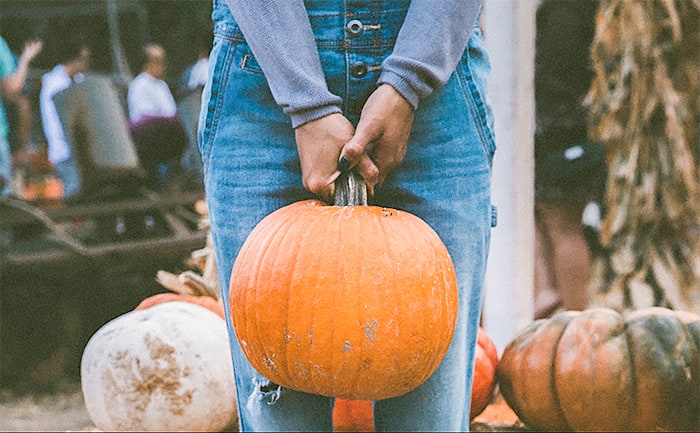 Now that we’ve moved to New Jersey, it already feels like fall, despite the fact that as I’m writing this, it’s 100 degrees at Chef V headquarters in San Diego. Fall is my favorite time of the year. I love autumn now just as much as I did when I was a kid. Though I may have ditched trick-or-treating long ago, I’m still a sucker for all things pumpkin this time of year. I think there should be a bill passed by Congress, making it law that coffee shops sell Pumpkin Spice Lattes all year round (sugar-free, of course; see shocking Starbucks stat below).

Many people think about pumpkins for three reasons. First, of course, is the #pumpkinspice obsession. Second, also obvious, is the association with Jack-O-Lanterns for Halloween. And third is to satisfy the sweet tooth this time of year with that ever so gluttonous dessert, for which I referenced above in the kitschy ode to pumpkin pie.

Most pumpkin pies are a nutritionist’s nightmare. It’s loaded with calories, carbs, cholesterol, sugar and salt.

But I’m about to show you how to transform pumpkin pie into a healthy treat, the easy way.

Before I share the recipe–and others featuring pumpkin–with you, though, I want you to think about pumpkin beyond the pie, spiced candles, seasonal coffee drinks and front porch decorations.

(It’s up to you if you want to associate pumpkins year-round with this:) 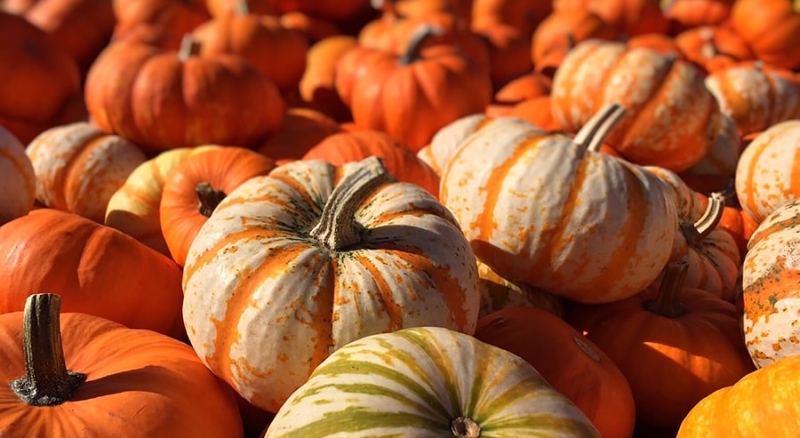 See all of my pumpkin recipes

Pumpkins are nutrient dense. They’re low in calories but mega rich in vitamins and minerals. There’s several benefits of eating pumpkin. It doesn’t matter whether you’re eating this cucumber-related fruit (yes, it’s technically a fruit, not veggie) raw, boiled, canned or the seeds.

First, pumpkins contain lots of beta-carotene. Beta-carotene is a potent antioxidant. Antioxidants kill free-radicals. We all need a certain amount of free radicals in our body. It gives something for our immune system to do, namely killing free radicals. But when free radicals outnumber white blood cells and other immune-system sentinels, that’s when disease takes root.

Beta-carotene is what gives carrots their orange color. And it’s this pigment in beta-carotene that helps fight cancer, prevents premature aging as well as heart disease. Some of the beta-carotene you eat converts into vitamin A, which is a nutrient vital for vision and one that many people simply don’t get enough of. (Do you eat enough beef livers? Probably not.)

Pumpkin is also relatively high in minerals such as potassium, copper, manganese and vitamins C and B2. Pumpkin even contains essential omega-3 fatty acids.

Usually, I don’t recommend eating anything from a can. There are a few exceptions: wild salmon and sardines. (I won’t let hubby Brandon near the house with sardines. They smell disgusting. But they are very healthy.) If you’re going to buy canned pumpkin, though, make sure it’s organic, in a BPA-free can.

Canned pumpkin is like a vitamin A pill. There’s a whopping almost 800% of your recommended vitamin A intake. The one downside is there’s 8 grams of sugar per serving. But the sugar is balanced by 7 grams of fiber (almost 30% daily value). Also, there’s 50% daily value of vitamin K (good for your bones and blood) and 20% daily value of iron.

My pumpkin pie recipe is better for your health because it contains low-glycemic coconut sugar and dairy-free coconut whipped cream. And if you’re still craving dessert after eating a slice of Chef V Pumpkin Pie, fill your belly with Organic Pumpkin Ice Cream! 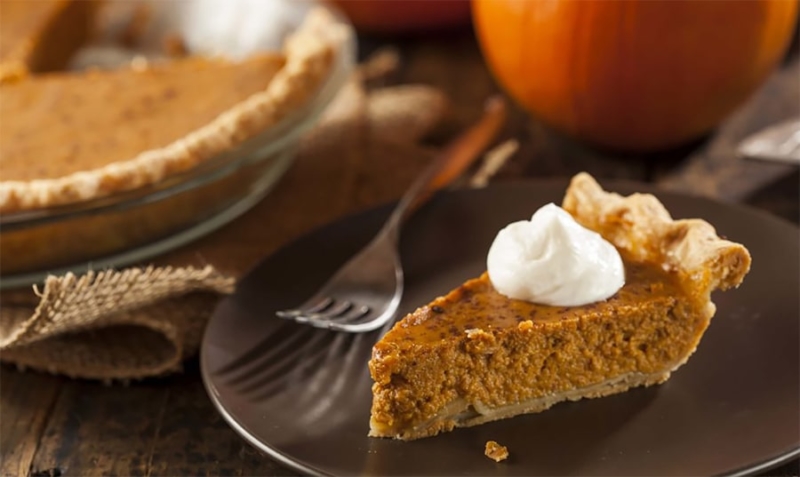 My pumpkin recipe for Ice Cream is also dairy-free and features my special pumpkin puree. This healthy version of pumpkin ice cream recipe replaces cow’s milk with coconut milk. Can you tell I’m cuckoo for coconuts? I even named my dog, Coconut! 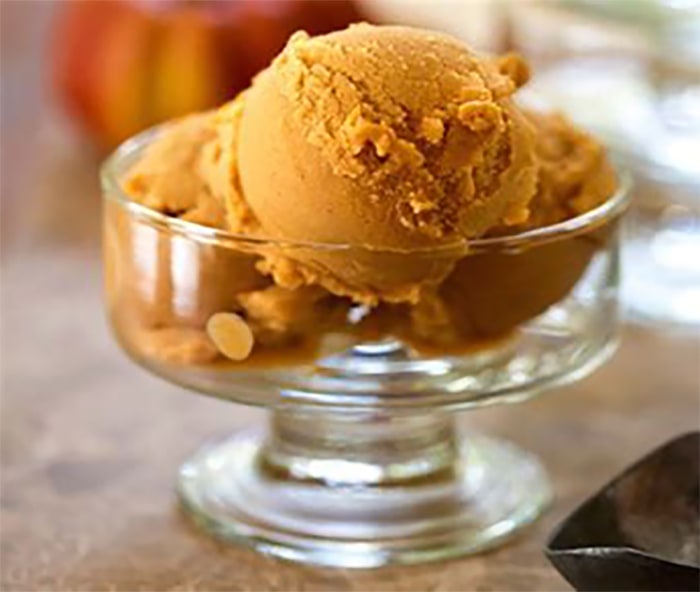 Need something to wash down your dessert? Still haven’t had your fill of pumpkin? Here’s another easy pumpkin recipe: Organic Pumpkin Spice Smoothie. Skip the Starbucks run for a Grande Pumpkin Spice Latte, which contains 50 grams of sugar. Instead, make this healthy version.

Ok, you don’t have to have all these pumpkin treats in one sitting…. 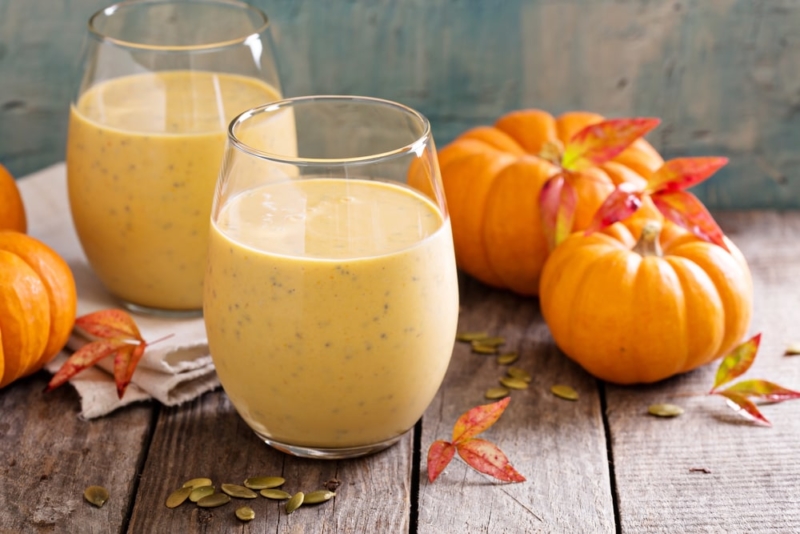 When it’s finally time to break out the comforter from the closet and curl up with Coconut (oh yeah, you, too, Brandon), I love to make creamy curry pumpkin soup. It’s one of my all-time favorite fall recipes.

My organic pumpkin soup is the perfect combination of classic autumn flavors tinged with a slight Southeast Asian kick. This recipe comes from a curry recipe I learned how to make in Bali. I’ve perfected many different curry styles from all over Asia but Thai and Balinese are my favorite. This is a unique curry fusion from both countries. It’s healthy, vegan, gluten-free, and is Chef V Cleanse Approved! 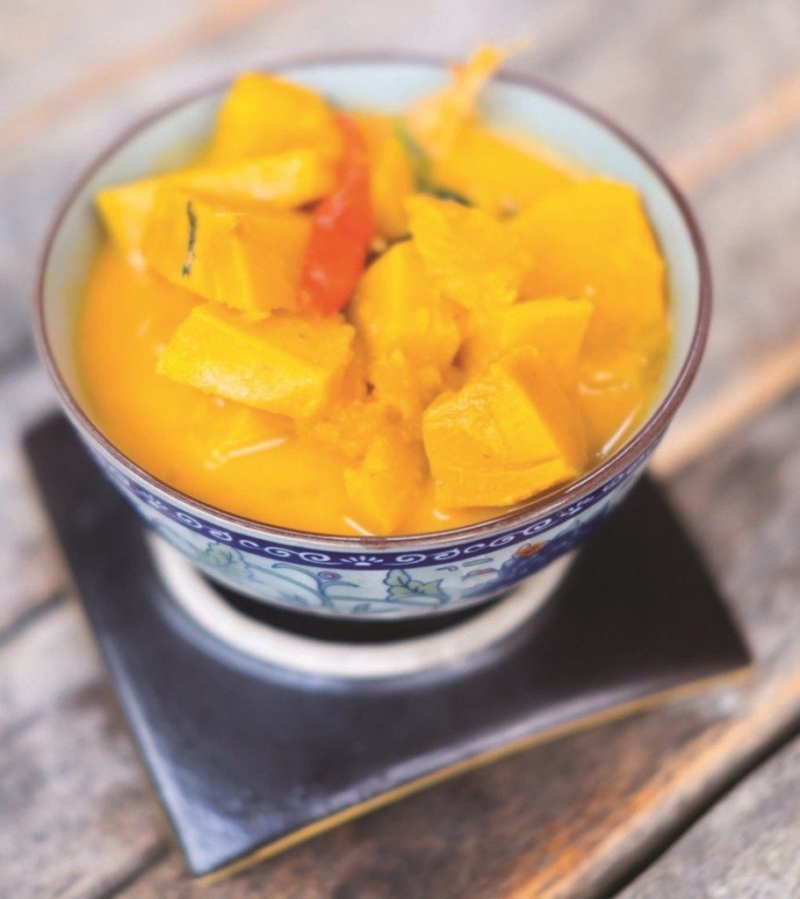 The last thing you’d probably associate pumpkins with is Italian food. But here’s where I’m about to blow your mind. Pumpkins make for a great sauce base. Just like butternut squash, pumpkin has a rich, creamy and delicious taste. Mixed with the right spices and herbs it becomes a decadent sauce. I learned to make pasta in Italy while traveling and taking cooking classes. I transformed this recipe to be gluten-free and healthy. The ‘cheese’ sauce is made of nuts and takes a creamy texture, much like cheese, but with out the dairy discomfort and bloating.
Check out my recipe for Pumpkin Lasagna with Rosemary and Ricotta.
 
Instead of regular ricotta cheese, I use macadamia nuts. I know, crazy, right? But you won’t believe how much it tastes just like regular ricotta cheese.
I even created a gluten free pumpkin pasta dish as well: Pumpkin Ravioli. This recipe also uses the macadamia faux-cheese. Here’s what it looks like. Try not to drool! 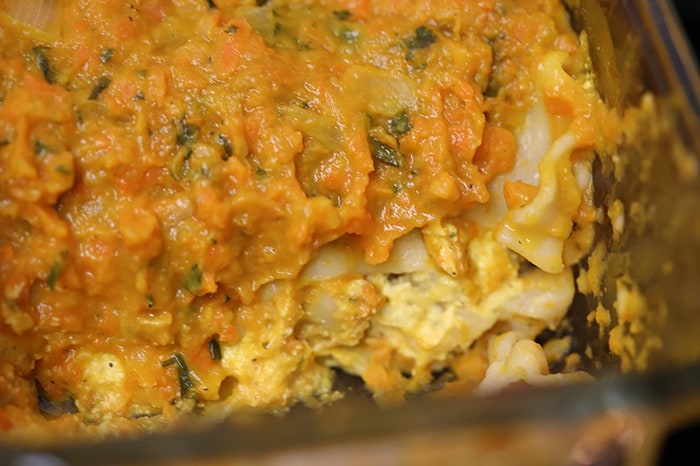 If all these pumpkin recipes don’t satisfy your craving, then you likely have a pumpkin addiction like I do. And I didn’t even mention pumpkin seeds here, which are super nutritious, rich in vitamin E, which is crucial for healthy skin.
Let me know what you think of my pumpkin recipes. Leave a comment below. And have a safe, healthy, beautiful fall season and beyond…..