Chris M. Does a Chef V Cleanse… and tells all 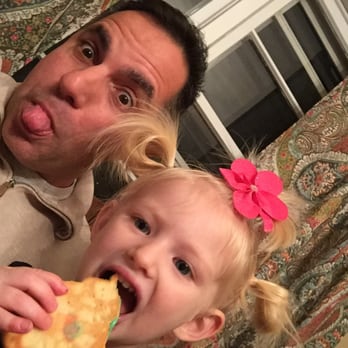 Chris - you did amazing!

Wow Chris, thanks so much for your review! We really appreciate you getting into detail and talking about your experience day by day. Losing 11 pounds on a 5 day cleanse is not bad at all. 🙂 Cheers to your health! – Everyone at Chef V

I’ve never done anything like this before, I think the most important thing to mention in the review is that it is very EASY to get through this cleanse.  It was not at all what I was expecting.

I’m 49 M, and started the pre-cleanse on a Monday weighing in at 199.
The pre-cleanse was relatively easy, you just need to prepare in advance and if you’re not used to eating clean, it might be tricky at first.  But do yourself a favor and plan what you will eat for the pre and post cleanse.

Weening myself off of caffeine was the hardest part.  I am a 3-5 cup of coffee drinker per day.  I weened myself off with green tea.

I am also normally a big eater. Breakfast, big lunch and full dinner..  every day, so I was expecting to be starving for 3 days.   I wasn’t.

I literally followed the plan almost to the minute.   I don’t know that it’s necessary, but it happened to work out for me this week.

Day 1 – Had my detox tea first thing in the AM, it was good.
Next up, the green drink.  As far as green drinks go, this is great.  Now don’t expect a tropical kale smoothie, you are getting a good tasting blended fresh vegetable drink.  Got to work and made my shake.  I tried the chocolate first.  It was ok, I’ve had better and I’ve had worse protein shakes.  You have to shake the heck out of it to get it mixed.

I had my 12:00 Green Drink while my coworkers had cheeseburgers.   It was no problem.   By 2PM, I was feeling a bit of a buzz.  I wouldn’t say High Energy, but I felt good.  Had my green drink and then my shake at 3 and drank all the recommended water between.    Drank my 6PM green drink on the ride home and was looking forward to my soup at 7.  I had the Carrot Ginger Soup, it was great.  Honestly, it’s almost something that I would order in a restaurant (if it had a little salt and maybe brown sugar).  It was flavorful enough and I enjoyed it and definitely kept me full for the night.   When I woke up on day 2 I actually felt a little dehydrated, so I noted to up my water intake at night.

Day 2-  I got on the scale in the morning 3 days from the pre-cleanse and I was down 5 lbs.
Getting through the day was equally as easy, no buzz, a little bit of an energy dip in the afternoon, but I get those dips on days when I’m eating big meals and drinking caffeine. Now, I don’t have a job that requires a lot of physical activity, so your mileage may vary. I switched from the chocolate shake to Organic cinnamon flavored one. I liked it a lot better.  I seasoned the soup with some cayenne pepper and fresh ground nutmeg, and made sure I drank at least 48oz of water after dinner.

Day 3- Woke up on  feeling good, and down 8lbs.
I don’t know if it’s in my head, but my skin felt and looked better to me.   Got through day 3 without issue and feeling great.  No cravings for fatty foods, candy or caffeine all 3 days.  I don’t know how it works, but it’s pretty amazing.

Day 4 post – cleanse.
Woke up down 10 lbs.   had my green drink , followed the routine , but cheated with coffee.

Day 5 – post cleanse.
Woke up down 1 more lb, for 11 total.   Had my green drink, going out for dinner , so probably won’t stick completely to the “eat this ” list, but will definitely make healthy choices.

I’m giving Chef V 5 stars.
The program was pretty much as advertised, and I lost weight.   I’ve also been to the Caldwell store and had a smoothie prepared by Chef V herself, and she is really nice and friendly!! 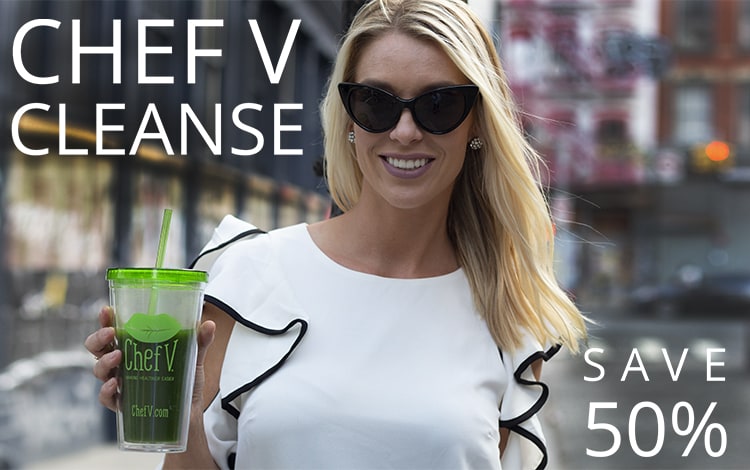